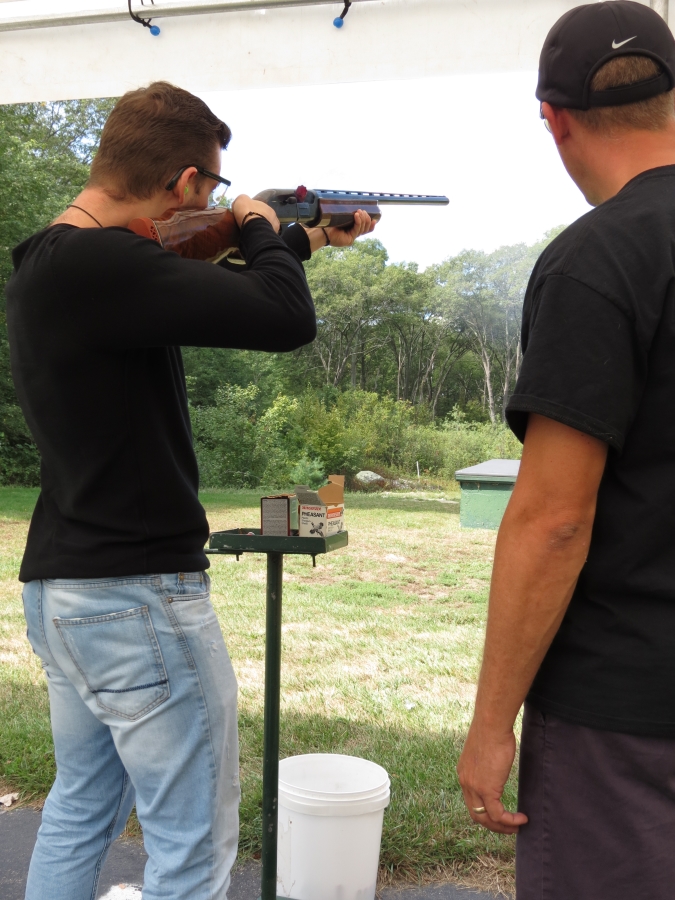 OPEN TO THE PUBLIC

Shooters always welcome. Any of our Member Trap Shooters will be more than glad to help explain our Safety Rules and Trap Shooting techniques and pointers. New shooters should stop by and talk to the range officers first. They will be happy to help you get started and answer all questions.

For beginners that would like to get started off on the right foot,
stop by to get the details and start having fun!

Trap shooting is one of the three major forms of competitive clay pigeon shooting (shotgun shooting at clay targets). The others are Skeet shooting and sporting clays.  The sport is in some ways a replacement for a game where the targets were live pigeons. Indeed, one of the names for the clay targets used in shooting games is clay pigeons. The layout of modern trap shooting is different from skeet shooting in that there is only one house that releases targets and the shooters only move through 5 different positions.